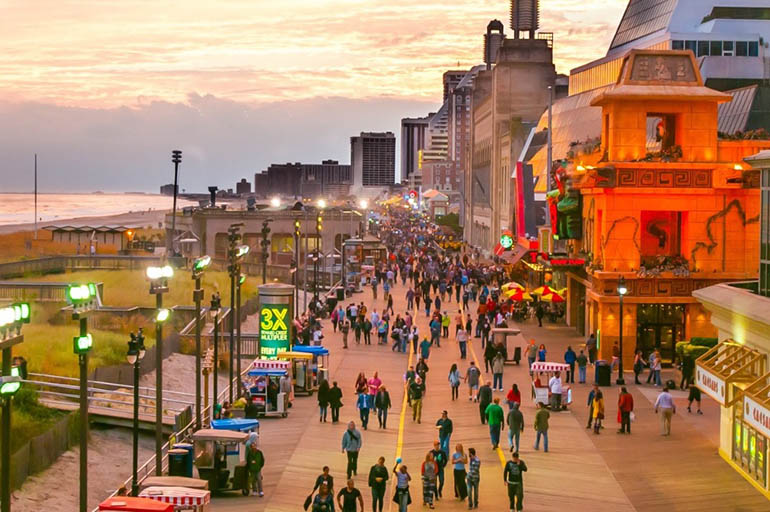 Atlantic City is the seaside gaming and resort capital of the East Coast, hosting over 27 million visitors a year, making it one of the most popular tourist destinations in the United States.

Construction on Atlantic City’s world-famous Boardwalk began in 1870, and from then on it has become an America icon. Stroll along the Boardwalk and enjoy ocean views on one side and shopping on the other, ranging from high-end retail to saltwater taffy shops.

Atlantic City is only an hour from Philadelphia and two-and-a-half hours from New York City.