Under the direction and supervision of the Mayor, the Administration Department is responsible for:

Office of the Mayor
The Mayor is the leader of the executive branch or the Chief Executive of the City of Atlantic City. The Mayor is elected by the citizens to serve for a term of four (4) years. It is the job of the Mayor to enforce the City Charter. The Mayor appoints Department Heads, with the advice and consent of… Read more> 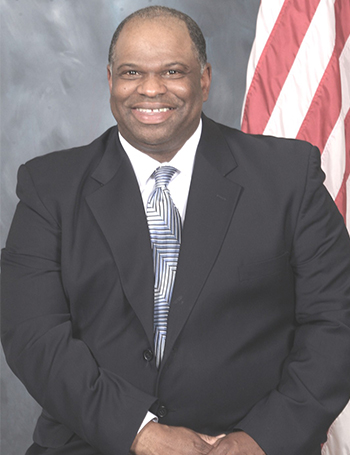 Ernest D. Coursey, Sr. is a life-long Atlantic City resident. His political career started almost 30 years ago when he became Atlantic City’s Third Ward Councilman. During his tenure in public office he was re-elected three times.
He served on City Council from 1991 to 2002. He also served as both Council President and Council Vice President. Ernest continuously strived to make the Third Ward “a shining example of community spirit and pride.” He was the first Councilman to operate under an “open door policy”, publish the first ward-wide newsletter; and establish the “Third Ward Eye-On-Crime”, to monitor criminal activity in the neighborhood.
Ernest’s annual holiday events, food drives, Senior Citizen Day, and Youth Day at Steel Pier were enjoyed by many and served to unite the entire city. “Coursey Cares” is a sentiment that is echoed throughout the community. Ernest has earned a reputation as a fighter, non-conformist and “people person”. He brings a proven philosophy: that of leadership and respect for the people!
In January 2002, Ernest accepted an administrative position for Atlantic City’s then newly-elected Mayor, Lorenzo T. Langford. As Deputy Mayor, Ernest’s role was expanded to include the entire city. His job was to ensure that city government best served its most valuable and precious asset: its citizens! In 2006, he left city government and returned in 2011 as Superintendent of Surf Stadium and Bader Field. Ernest currently serves as Chief of Staff for Atlantic City Mayor Marty Small, Sr.
Ernest also served as Staff Assistant to former U.S. Senator Robert Torricelli. He worked on former Governor James McGreevey’s Transition Committee and was a Commissioner for the South Jersey Transportation Authority. In 2018, he served as a member of Governor Phil Murphy’s Transition Committee.
On June 4, 2013, Ernest overwhelmingly won the Democratic primary election for Atlantic County Freeholder (District 1). On November 5, 2013, he was victorious in the general election. In 2016, Ernest ran unopposed. He was re-elected on November 5, 2019, and is currently serving his third term as Atlantic County Freeholder.
Ernest credits God Almighty and looks to Him for inspiration and guidance. His parents, Raymond and Hazel, and his seven brothers and two sisters have given him a true sense of family. Ernest and his wife, Leslie, have two sons, Ernest Jr., and Ethan. In his spare time, Ernest enjoys boating, fishing and attending family gatherings and church functions.

The BA serves as the Department Head to any department that has a vacancy. Additionally, the BA assists and oversees the preparation of the annual and capital budgets. 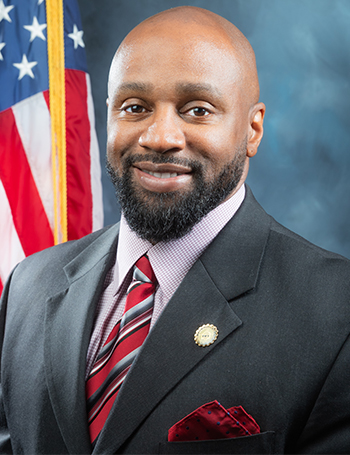 Mr. Swan began his career with the City of Atlantic City in 2006 as Deputy City Solicitor and has held the Deputy City Solicitor and City Solicitor positions on multiple occasions.  He graduated from the W. Paul Stillman School of Business, Seton Hall University, with a Bachler of Science degree in Finance in 1990.  He went on to receive his Juris Doctorate from the University of Maryland Francis King Carey School of Law in 1993.  After being admitted to practice law the States of New Jersey and Pennsylvania, he became a member of the United States Air Force Jag Corp where he rose to the rank of Major.  While in the Air Force, Mr. Swan was responsible for the supervision of all criminal defense Air Force attorneys throughout the Eastern United States.  He also litigated complex criminal defense matters as one of the Air Force's expert trial attorneys.  Upon his discharge from the Air Force, Mr. Swan worked in the litigation section of Atlantic City's Cooper Levenson, P.A. law firm.  Most recently, Mr. Swan completed Rutger's Certified Public Manager course and is now a Certified Public Manager.

As the Business Administrator, Mr. Swan is responsible for the day-to-day activities of the municipal government and implements policies established by the Administration.  He oversees preparation of the annual operating budget and the updating of the Municipal Plan.  He oversees and directs the business activities of all departments and is responsible for review of the organization and operation of all City departments.  In working with his team, he provides feedback and insight on raising the standards and rules of administrative practice and procedure.  Mr. Swan works directly with the Mayor and is the City Administration’s primary liaison with City Council as well as the State Monitor for New Jersey’s Department of Community Affairs. 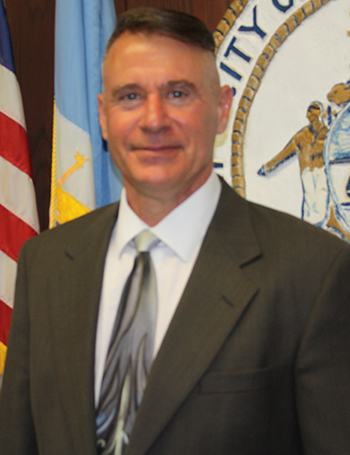 Patrick Quinlan began his IT career over 30 years ago in the corporate sector of northern New Jersey. As the Chief Information Officer and IT Director for the City of Atlantic City he is responsible for all aspects of the IT production computing environment which includes hardware, software, systems, applications, network, phones, and IT personnel consisting of both City employees and an on-site consulting firm, as well as department budgeting, computer equipment asset management/purchasing, and policy development.  He is a graduate of Kean University with a Bachelor of Science in Computer Science Technology with a Minor in Mathematics and Electrical Engineering.  He has a Master of Science Degree in Information Systems Management from Stevens Institute of Technology with a thesis on “Object-Oriented Enterprise Modelling” and has obtained his Six Sigma Black Belt from Towson University.  Patrick has a newly obtained Certification  in Public Management from Rutgers University, an elite program offered to government employees through their employers.
In addition to his formal college training, Patrick has the following IT related education and certifications worth mentioning:
Advanced Leadership Development, Certified Netware Engineer, Certified Landesk Administration, Microsoft Certified System Engineer, Microsoft Certified Application Developer, Lotus Notes Certified Developer and Administrator, Certified Documentum Application Developer, Oracle Masters Program, PDM - Project Management, C/C++, JAVA, .Net, SQL Server, and SAP.
In addition his his computer training, he also attended the Bergen County Academy of Police and Fire where he obtained his National FireFighter Certification and has served as a volunteer FireFighter in both New Jersey and New York for over 10 years.  Patrick enjoys working and living at the Jersey Shore with his wife and three year old daughter.

Property Tax Assessor
The Tax Assessor’s office is responsible for the valuation of real property in Atlantic City. This includes but is not limited to processing property ownership transfers; lot consolidations and sub-divisions; inspecting building constructions, renovations and demolitions; and tax appeals.

Solicitor
The Mission of the Solicitor’s Office is to provide professional, ethical, cost effective, aggressive, and competent legal support to meet the legal challenges facing the City of Atlantic City in order to protect and defend the City’s interests.

With the exception of conflicts, overly complex and/or time consuming matters, the functions of the Solicitor’s Office are handled primarily in-house. As such, the Solicitor’s Office saves on the cost that would be charged by private firms, and provides convenience, accessibility and municipal expertise to the City.